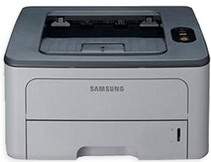 This feature is responsible for printing on both sides of the page. When this printer is working in the duplex mode, the rate is 14 ipm and 14.5 ipm for A4 and letter, respectively. Whereas, the warm-up time it will take at the beginning is less than 8 seconds. Then, it takes about 8.5 seconds to produce the first print out the page from the active mode. But while the printer is waking up from the sleep mode, it takes about 15.5 seconds.

Furthermore, the machine produces a print quality of up to 1200 x 1200 dots per inch for productive output. In terms of the power rating, the printer can belong to either of two categories. The first category allows a range between 110 to 127 volts and the second 220 to 240 volts of AC. However, the details of the power rating, such as the frequency and type of current, are on the printer label.

Users also need power consumption information, such as the average power usage, which is 400 watts. However, when the printer is in the power saver mode, the consumption is less than 8 watts. Then, while the printer is in full operation, the produced noise level is less than 50 dBA. But at the standby mode, the noise level is less than 26 dBA. Samsung ML-2850 model also provides up to 50,000 pages in a single month at optimum performance. Download Samsung ML-2850 driver from hp website