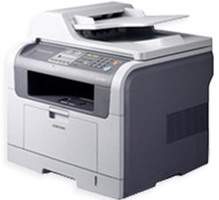 The Samsung SCX-5330N model is a digital device with a laser print technology for monochrome printing. The monochrome printing involves distribution in black and white at best quality and optimum speed to suit the userâ€™s needs. At a glance, some other properties of the machine also include its ability to produce up to 25,000 impressions. It also has an internal memory of 64 MB of RAM, which is then expandable to 320 MB.

The RAM capacity is in addition to the ability of the inbuilt processor that enables the printer for the best quality. It also has an inbuilt liquid crystal display (LCD) screen that displays two lines and supports up to 16 characters. Users can enjoy compatibility with the Microsoft certifications that include that of MS Windows Vista. This version of OS has the Windows HD imaging feature, which is an essential resource of scanning documents.

One of the other properties of the machine is the black cartridge resource that can produce up to 4000 pages. The model of the cartridge os D5530A, and it also has replaceable models of the same of higher print capacity. In terms of power consumption, the Samsung SCX-5330N model uses power about the present status of the printer. For instance, when the printer is in sleep mode, the average power usage is about 20 watts only.

But when the printer is in the standby mode, the average usage is up to 150 watts. Then, the power consumption is up to 520 watts when the machine is in full operation. In terms of the printer speed in the copying mode, the maximum reaches is up to 28pages per minute (ppm). Whereas, it produces a resolution of 600 x 600 dpi with 256 levels of grayscale half-tones. Finally, it takes about 20 seconds for the printer to warm up at the start of work. Download Samsung SCX-5330N driver from hp website