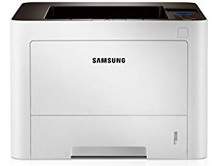 The printer specifications vary but include printing, scanning, copying, sending, or receiving documents as a workgroup device. The mobile printing options include Google Cloud Print and Mopria Print Service. It also has an internal power supply voltage that reaches 110 volts at 50/60 Hz. However, the printer consumption of power depends on the diverse modes of the device. For instance, when the printer is in sleep mode, the rate of use is 1.3 watts.

At the standby mode, the power usage is 45 watts while the maximum power consumption reaches 400 watts. The rate of printing is up to 42 pages per minute (ppm) for the black print on letter-sized paper. On the other hand, it can run up to 40 ppm when using an A4 article. Its built-in device also contains a control panel with a touchscreen liquid crystal display (LCD). The options of interface connection may also include USB 2.0 hi-speed port or host and Gigabit LAN.

There is also an image enhancement technology that comprises of a rendering engine for clean pages (ReCP). Besides, it has an automatic duplex printing component that can print on both sides of the page. It also supports standard postscript with compatibility with several print languages. The printer languages include PCL 5, PCL 6, PDF v1.7, postscript 3, Samsung Printer Language (SPL). Also, it supports 49 PCL fonts and 66 scalable postscript fonts.

In a month, the Samsung ProXpress SL-M4025 model of printer can handle up to 100,000 pages of printing work. However, the recommended range is between 1500 and 3500 pages to keep the printer in good condition. The supported media types include envelopes, labels, plain paper, bond paper, recycled paper, and thin paper. Other examples are archive paper, rag paper, preprinted paper, and the index card stock. Download Samsung ProXpress SL-M4025 driver from HP website