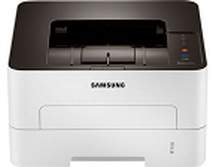 By physical measurements, the Samsung Xpress SL-M2821ND machine has a width of 368 mm and a width of 334.5 mm. On the other hand, the height of the device is about 202 mm, and the weight is up to 7.2 kg. In terms of the printer noise levels, the machine at the ready mode produces less than 26 dB (A). also, the print mode requires less than 50 dB (A), which occurs at the optimum performance. During the same operation, the recommended temperature of the environment is between 10 and 300C.

When the printer is in storage, the acceptable temperature range is between -20 and 400C. Also, in the same warehouse, the relative humidity is between 10 and 90% without condensation. On the other hand, when the machine is in operation, it requires a relative humidity of 20 to 80%. The standard operating mode of the device consumes less than 400 watts at optimum performance. At the same time, its effective method uses less than 45 watts, while the power save mode uses 1.0 watts.

Furthermore, the compatible media sizes of the machine include oficio, letter, legal, US Folio, A4, JIS B5, and ISO B5. Other formats include executive, A5, A6, envelope monarch, envelope DL, Envelope C6, and the Envelope C5. In terms of the media types, this device can work with plain paper, envelope, thick, thin, thicker, transparency, and labels. Download Samsung Xpress SL-M2821ND driver from HP website