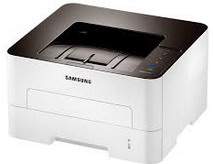 The Samsung Xpress SL-M2820 model of printer has a width of 368 mm, while the depth is about 334.5 mm. Also, it has a height of 202 mm while the weight is about 7.2 kg, which is equivalent to 15.87 lbs. Concerning the sound emission, when the machine is in the active mode, it produces less than 26 dB (A). However, at full operation in the printing mode, the device produces less than 50 dB (A). Besides, certain environmental factors need to be in place to get the best out of this machine.

For instance, during operation, the temperature range of the environment should be between 10 and 300C. In storage, the acceptable range is between -20 and 400C. On the other hand, the relative humidity should be between 20 and 80%. But in the warehouse, the machine must be in an environment where the relative humidity is between 10 and 90%. The power classification of the printer models can either be a 110-volt group or the 220-volt group. The former group supports a range between 110 to 127 volts while the latter group supports 220 to 240 volts.

The standard operating mode of the machine requires the power of up to 400 watts. But when the device is at the current method, the power consumption is less than 45 watts. In power save mode, the power usage is only about 1.0 watts, but the power-off style is only 0.2 watts. Also, in the standby mode at all port activation, the Samsung Xpress SL-M2820 model consumes less than 1.56 watts. The module identifier for this printer model is SPW-B4319S.

This machine supports several media sizes such as letter, legal, US Folio, A4, Oficio, JIS B5, and Executive. In terms of the media types, the workable options include plain paper, envelope, thick, thicker, thin, transparent films, and labels. Others may consist of the card stock, and bond paper with an average weight of 20 lbs. Download Samsung Xpress SL-M2820 driver from HP website