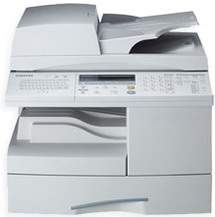 Samsung SCX-6320F model of digital printer belongs to the Samsung SCX-6320 printer series, with its unique features. It uses laser printing technology to produce monochrome printing in only black and white. At the same time, the display of the control panel shows on the liquid crystal display (LCD) screen. Also, this component displays in 2 lines but supports up to 16 characters to depict the status of the printer.

In terms of the printer memory, there is an internal standard memory size of 32 MB of RAM that is non-expandable. Some of the printer consumables include a black toner cartridge that can produce up to 8000 pages of print. Another is the drum that can create up to 20,000 pages on plain paper. In terms of power consumption, it is a factor of the printer status. For instance, the sleep mode uses about 35 watts, and the standby mode uses 115 watts of power.

However, when the Samsung SCX-6320F printer is in full operation, the power consumption is up to 350 watts of power. While the printer is copying, the rate is up to 20 pages per minute (ppm) when using the A4 paper. But this rate is different when the printer paper type in use is the letter. The maximum resolution of the copying process is up to 1200 x 1200 dots per inch (dpi). Its warm-up time is also up to 25 seconds after the switch on.