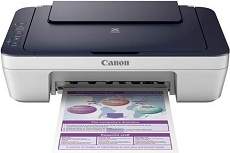 On a general note, the compatible interface options include the use of a standard USB 2.0 hi-speed port. Clearly, in an operating environment, it supports a temperature between 5 and 350C while the humidity is between 10 and 90%. In this case, the relative humidity is between 10 and 90% with no dew condensation. But for the instance of storing the printer, the temperature should be between 0 and 400C. Whereas, the relative humidity should be between 5 and 95% with no dew condensation.

Power specifications include a voltage between 100 and 240 volts with a frequency of 50/60 Hz. The consumption, on the other hand, depends on the model of the printer. For instance, copying or printing with this device requires a power of up to 9 watts. Besides, the standby mode uses 1.0 watts while the “off” can only take about 0.4 watts. Also, according to the various regions of the world where the printer Canon PIXMA MG2570 is in use, the printer requirements differ.

According to the physical dimensions, the machine width is about 426 mm, while the depth is 306 mm. It also has a height of 145 mm while the weight is up to 3.5 kg. At the printer’s best performance, the maximum print resolution reaches up to 4800 x 600 dots per inch (dpi). This resolution is possible through the effect of the installed FINE cartridges with up to 1280 nozzles. Besides, the minimum ink droplet size of this feature is two picolitres (pl).

In terms of the print speed, the color document can print at the rate of 4.0 pages per minute (ppm). On the other hand, the black and white printing runs at a speed of approximately 8.0 ppm. Whereas, the printable width of the page is up to 8 inches, which is about 203.2 mm. Download Canon PIXMA MG2570 driver from Canon Website