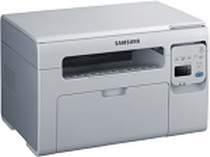 The applicable print technology in the Samsung SCX-4310K model is the laser print method with a high yield of production. Also, the display component of the printer is a liquid crystal display (LCD) screen, which supports 16 characters and 2-lines. In terms of power consumption, this device uses up to 350 watts of power during operations. Also, the power usage for the standby mode is 70 watts, while that of the sleep mode is just 10 watts.

The Microsoft Certifications include compatibility with Windows Vista with evidence of the Windows Vista logo. Also, it has a single black toner cartridge that can produce up to 1000 pages. While copying, the speed can be up to 12 pages per minute (ppm) at maximum productivity and full operation. Whereas, the resolution is up to 600 x 600 dots per inch (dpi) at the maximum adequate output quality.

The Samsung SCX-4310K machine takes about 42 seconds to warm up and to be ready to print. On the other hand, it takes less than 11 seconds to publish its first page from the available mode. The zoom levels are also 50% to 200% for reduction and enlargement, respectively. At an optimum performance, copying can produce up to 99 copies from a single original copy. The exposure modes are for photo, text, and a combination of both text and picture.

Other copying features include 2-up, ID card copy, and a fit-to-page while the internal memory reaches 8 MB of RAM. The maximum resolution for printing is the same as that of copying, at 600 x 600 dpi. Also, this device supports the Samsung Print Language (SPL) emulation but runs at a speed of 18 ppm. Noise levels concerning the status of the printer, such as being in the idle mode or at full operation. Download Samsung SCX-4310K driver from HP website