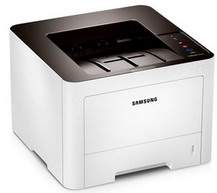 Users can enjoy a fantastic print quality and speed with the Samsung ProXpress SL-C4821ND model if the printer. The rate of printing when using a letter size paper is up to 42 pages per minute (ppm). Then, the first page can take less than 6.5 seconds from the active mode for both black and color printing. This machine also supports duplex printing, which ensures distribution on both sides of the page. It also supports various printer languages such as SPL, PCL5e, PCL6, IBM ProPrinter, EPSON (ESC/P), and the PDF v1.7.

In terms of the paper handling features, the Samsung ProXpress SL-C4821ND model has an input paper tray of 250-sheet capacity. But apart from the main plate, there is a multipurpose bypass tray that can hold up to 50 sheets. The maximum reach of this tray is up to 820 sheets, but the output tray can hold up to 150 sheets. Output tray usually holds the papers in a face-down pattern with a supported paperweight range between 16 to 58 lbs.

Some of the internal qualities of this printer include a processor that has a speed of 600 MHz. Besides, there is an internal memory capacity of about 256 MB while the maximum is 512 MB. Connectivity can be by the hi-speed USB 2.0 and a Gigabit Ethernet. The machine supports operating system versions, including Windows XP, 2003, Vista, 2008, 7, 2008 server R2, Mac OS X 10.5-10.8. The noise level that proceeds out of this printer is usually less than 57 dBA.

The printer status display is either through a 2-line LCD or eight status LEDs as indicators. This machine also has a numeric keypad, function keys, and soft power. In a month, it can produce up to 100,000 pages at maximum productivity. In terms of power consumption, the printing mode uses up to 700 watts at optimum operation. The active style demands up to 10 watts while the power saver mode uses as little as 1.1 watts. Download Samsung ProXpress SL-C4821ND driver from HP website