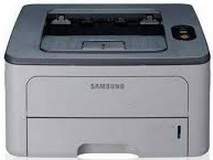 This printer, Samsung ML-2451DK model, supports one bitmap font, 45 scalable font, and 136 post scripts three fonts. The user interface for connectivity is the USB standard interface of 2.0 hi-speed port. Samsung ML-2451DK is also compatible with various versions of the operating system. Examples include Windows 2000, 2003 server, XP, Vista as well as multiple versions of Linux OS. Apart from those versions, it is also compatible with Mac 10.3 to 8.6 to 9.2, then the 10.1 to 10.5 OS versions.

The compatible drivers with the Samsung ML-2451DK machine include the PCL 6 driver for the Windows 2000, 2003 server, XP and Vista. However, it is only a postscript driver that works best for those versions of the Windows operating system. Some factors that play a significant role effect on the print speed include the type of operating system in use. Other factors include computing performance, application software, connection method, print media type, print media size, and job complexity.

Also, the sound pressure level is less than 26 dBA when on standby mode and less than 50 dBA when on printing. These ratings are under the ISO7779 standard score. On the other hand, the rate of print for this machine reaches 28 pages per minute (ppm) while printing on A4-paper. However, when printing on a letter-sized paper, the rate of print reaches 30 ppm. This machine also supports duplex printing, a feature that allows printing on both sides of the article.

The rate of duplex printing is 14 ipm for A4 paper and 14.5 ipm for sized letter papers. Furthermore, the Samsung ML-2451DK model of printer produces a resolution of 1200 x 1200 dots per inch (dpi) for productive output. Then, the warm-up time is less than 8 seconds for it to be ready to print. Also, it produces its first pages after less than 8.5 seconds from available mode and 15.5 seconds from the sleep mode. Download Samsung ML-2451DK driver from HP website