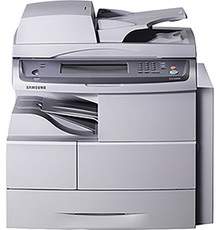 Printing with this device works with the laser print technology that maximizes the print resources inside the printer. An astonishing feature of this printer model is the ability to print up to 200,000 pages in a single month. At the same time, it possesses a standard internal memory of up to 256 MB of RAM. Also, it supports a hard disk drive of up to 40 GB of space as a multifunction printer. The multifunction printer can print, copy, scan, send, and receive fax messages.

This printer also supports Microsoft OS versions, such as its certification for Windows Vista. The consumables include a cartridge that can print up to 20,000 pages with model number D6345A. On the other hand, there is a drum that can print up to 60,000 pages of a model number, R6345A. It also consumes power per the printer status, such as sleep, standby, or full operational modes.

For instance, the power consumption in the standby mode is about 35 watts, while that of standby is 170 watts. Furthermore, the use of the full operation is up to 900 watts at optimum productivity. The maximum resolution of this Samsung SCX-6345 printer is up to 1200 x 1200 dots per inch (dpi). Then the rate of printing is up to 43 pages per minute (ppm) for black and white printing. It also supports print languages such as PCL 6, postscript three, and the Samsung Printer Language (SPL).