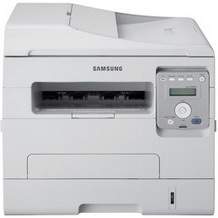 The speed of the Samsung SCX-4705ND model of printer is up to 28 pages per minute (ppm) when using an A4-paper. Then, the print resolution is up to 1200 x 600 dots per inch (dpi) for sufficient output quality. This machine also has an inbuilt processor with a capacity of 533 MHz speed. Also, the compatible printer language emulation includes the Samsung Printer Language (SPL) and the PCL 6 or 5e. its internal memory is also up to 128 MB of RAM to support the printer speed and quality.

The printer interface at its high-speed connection is though the standard USB 2.0 connecting port. Another option is through the 10/100 Base-TX network, while there is also a wireless connector through 802.11b/g/n LAN component. It has a toner cartridge of an initial 1000 pages capacity and a sales cartridge of 15000 print capacity. Another option of the consumable is another print cartridge that can produce up to 2500 pages. This printer takes an average of fewer than 15 seconds to warm up from the sleep mode.

Furthermore, from the active mode, the first-page printout takes less than 15 seconds and 8.5 seconds from ready style, whereas copying runs at the speed of up to 20 copies per minute (CPM) for using the A4 paper. The resolution for reproduction is 600×600 dpi for both ADF and Platen copies, as well as text, photo, or both. This copying feature can also produce multiple copies of up to 99, as well as manual paper selection.

Other features of the copying function include the duplex copying for both sides of the page and darkness control. The darkness control can reach 11 levels while reduction and enlargement are 25 to 400%, respectively. However, in the ADF mode, the maximum expansion is 100% of the original size of the document.