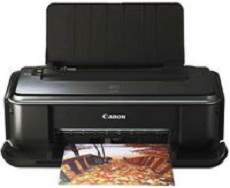 The Canon PIXMA iP2680 model of printer is an excellent choice of photo printing at the best optimum performance. It also produces a resolution of 4800 (horizontal) x 1200 (vertical) dots per inch (dpi) according to the ink droplet. Similarly, the machine places the ink droplets with a pitch of 1/4800 inch at minimum. At the same time, the device supports the use of the standard USB2.0 hi-speed port as the interface connector.

The print width for bordered printing is about 8 inches, which is almost 203.2 mm at maximum reach. On the other hand, the borderless printing reaches about 8.5 inches, which is equivalent to 216 mm. In terms of the acoustic noise level, users can expect approximately 43 dB (A) at the highest print quality. This case is also especially true for printing on Photo Paper Pro. Besides, it supports a power supply range between 100 and 240 volts for 50/60 Hz.

Apart from the power supply, power consumption is a factor of the printer mode per time. For instance, when the printer is performing the printing operation, the power usage is approximately 7 watts. But the standby mode requires a minimum power of 1 watt while ‘off’ mode uses about 0.6 watts. The printer also has some external features that include a width of 17.4 inches and a depth of 10 inches. Its height is about 5.6 inches, while the weight is 3.7 kg.

For this printer to perform at an optimum level, the operating environment’s temperature should be between 5 and 350C. At this same level, the machine approves of relative humidity between 10 and 90% with no condensation. On the other hand, the storage specifications include a temperature of 0 to 400C. Also, the relative humidity in storage is between 5 and 95%, with no condensation. Download Canon PIXMA iP2680 driver from Canon Website