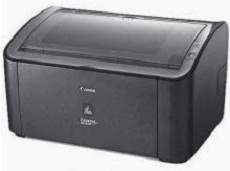 Canon LASER SHOT LBP3018B printer model uses the Canon Advanced Printing Technology (CAPT) for advanced printing. Also, the printer automatically sets a printable area within 5.00 mm margins on all the edges of the paper. But when an envelope sized paper is in use, the margin is up to 10 mm. However, the manufacturer recommends that users indicate the size of the data a little smaller than the paper margin limits.

At the same time, the machine supports a variety of paper sizes, including A4, A5, B5, Letter, executive, and legal. Others may include envelope DL, envelope COM10, envelope C5, envelope monarch, and index card. Also, the primary input paper capacity of the machine is up to 150 sheets of plain paper. The plain paper must have a maximum weight of 64 gsm to be fit for the multipurpose tray.

On the flip side, the output tray will hold up to 100 sheets of printed paper with the same weight. In the printing environment, the recommended temperature range is between 10 and 32.50C. But the recommended humidity level is between 20 and 80% with no condensation. Connectivity is through the standard USB 2.0 port. It also displays the status of the printer through 2 LEDs, and one operation key forms the user interface.

Power consumption depends on the status of the print machine. For instance, the average usage during print operation is approximately 200 watts or less. But the usage when the printer is on standby mode is only about 2 watts. In all, the maximum power consumption for the Canon LASER SHOT LBP3018B model is up to 800 watts. The machine also uses a genuine Canon toner cartridge that weighs 540 kg.

Users can also take note that the print speed may vary depending on the use conditions of the machine. At the same time, the average yields of the print components according to the ISO/IEC standards are 1500 sheets.