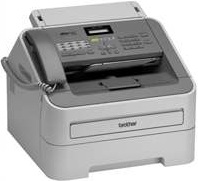 The Brother MFC-7240 printer model belongs to the same family series as FAX-2840, FAX-2950, and MFC-7290. The printer works with the laser print technology and an electrophotographic system with an internal memory of 16MB of RAM. The Brother MFC-7240 printer also has a liquid crystal display (LCD) screen component as its primary display and control panel. The printer has a power source within the range of 220 and 240 volts of AC at 50/60 Hz.

The power consumption of the machine depends on the current process ongoing in the printer, such as printing and copying. At peak performance, this printer consumes approximately 1080 watts at 250C. However, during printing and copying, the power consumption is about 420 watts at the same temperature. The active mode uses 55 watts, and the deep sleep requires 1.5 watts at the same temperature of 250C.

The physical dimensions of this one include a width of 368mm, a depth of 360 mm, and a height of 311 mm. The weight of the device is about 9 kg while it produces a maximum noise level of 6.18 B (A). on the other hand, at a standby mode, the noise level is about 4.25 B (A). The pleasant temperature during operations is between 10 and 32.50C and storage temperature of 0 to 400C. Concerning the humidity, the operating range is between 20 and 80% without condensation and between 10 and 90% for storage.

The print media specifications support sizes such as plain, thin, thick, and recycled paper. However, for size, the range includes letter, legal, B5, A5, A4, A6, B6, legal, and folio. The recommended paper weight range is between 60 and 105 gsm for all models of the printer series. The maximum paper tray input capacity is up to 250 sheets of 80 gsm of plain paper.