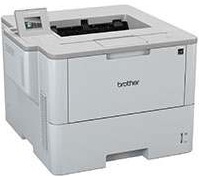 The device allows a power source supply of 220 to 240 volts of an AC at 50/60 Hz. The power consumption related to the ongoing process of the printer. For instance, at peak performance, the printer consumes up to 1344 watts of energy. During printing or copying at the normal mode, the power usage is about 770 watts at 250C. These two processes, however, in a quiet manner, only consume about 390 watts of energy. The sleep mode uses 7.3 watts; the deep sleep requires just about 1.6 watts, and the power off only uses 0.04 watts.

The width of the printer is about 396 mm; the depth is about 400 while the height measures approximately 420 mm. The printer weights 17.3 kg and produces a printing sound pressure of 52 dB (A). At quiet mode; however, the sound pressure is approximately 50 dB (A). Furthermore, the operating environment where the printer is in use must maintain a temperature range of 10 to 320C. However, during storage, the close range is between 0 and 400C. Humidity, on the other hand, should remain between 20 and 80% during operations without condensation. However, when the printer is in storage, the recommended humidity range is between 35 to 85% without condensation. Download Brother HL-L6400DW driver from Brother website