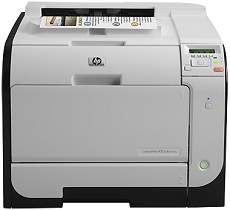 Users with Apple systems can enjoy compatibility of Mac OS X v10.5 and Mac OS X v10.6 or later versions. The minimum requirements include an Intel Core Processor and other essentials such as RAM and free hard disk space.
Other compatible operating systems include UNIX and Linux. For HP-UX and Solaris networks, users will need to download the HP Jetdirect printer installer for UNIX and print drivers.

In addition to the supported Windows, Mac OS versions also have supported utilities such as Apple AirPrint. The compatible applications also include Mail, Photos, Safari and some third-party apps. This device supports duplex printing that allows printing on both sides of the paper and multiple sheets on the same page.

Supported media types include labels, envelopes, transparent films, legal, plain paper, letterhead and pre-printed forms and heavy paper and photo paper. Three types of the tray are compatible with this printer; the third tray, however, is optional.